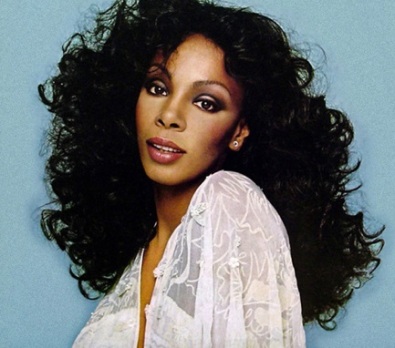 It’s always unfortunate to hear someone has passed away, but it seems all the more sad when it’s someone who has touched our lives in some sort of profound way. It makes us all pause and take notice, but it also forces us unwillingly, yet undeniably to accept our own mortality and time’s cruel, relentless passage.

Donna Summer possessed a voice so immense it will undoubtedly live on forever in the annals of music history, but for me her music is a direct link to my youth. I was introduced to Summer’s music by my older sister in my teens, which continued to provide a rich musical soundtrack throughout my adult life. I always cringed a little at the title, Queen of Disco, which was reluctantly heaped upon LaDonna Gaines during the peak of her career, because as real Donna Summer fans know, her albums always included soulful ballads, pop, rock, and electronica. Therefore, Queen of Disco never really quite summed her up for me at all.

During the singer-songwriter’s 40-year career, Summer managed to create some of pop music’s most memorable and iconic songs. Her 16-minute debut smash “Love to Love You Baby,” was the very first 12-inch single. Sure everybody knows the five-time Grammy winner’s “Last Dance,” “Hot Stuff,” and “She Works Hard For the Money,” but many of Summer’s real gems lied within the grooves of songs that weren’t in heavy rotation on radio’s airwaves. For example, her renditions of classics like “Lush Life,” “Don’t Cry For Me Argentina,” and “The Way We Were,” were shining examples of the rich, powerful voice with which she had been blessed and wielded with remarkable skill.

Of course there is no denying the fact that Donna Summer knew how to create a dance record. Her magnificent 17-minute non-stop epic “MacArthur Park Suite,” which took up an entire album side, weaved Jimmy Webb’s unforgettable melody and poetic lyrics around two of Summer’s best original songs (“One of A Kind” and “Heaven Knows”), creating a magical musical opus which I’ve never managed to grow tired of hearing or erase from my memory in 30 years.

I had the pleasure of meeting Ms. Summer once in a brief, but memorable encounter, during my days of working in a record store, back when such treasured things still existed. Although I only had the opportunity to utter a few words, she was as beautiful and gracious in person as I had always fantasized she’d be in my youthful mind.

Donna Summer’s voice and music inscribed an indelible mark on me, for which I will be eternally grateful. She may have left us all too soon, but her musical legacy will live on eternally. So let’s dance in memory of Donna Summer, indefinitely.

A memorial service has been scheduled for the legendary music diva on Wednesday, May 23, in Nashville, where Summer had relocated with her husband and daughters in 1994. Summer’s family chose Music City as the memorial’s locale because Summer revered Nashville as a very special place, as well as being one of music’s largest epicenters. 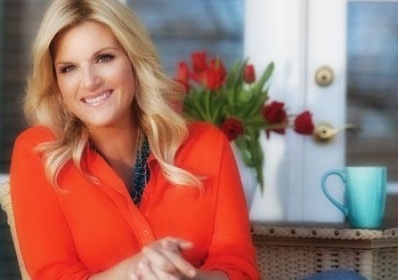 Country singer and best-selling cookbook author Trisha Yearwood’s new Food Network series, Trisha Yearwood’s Southern Kitchen, debuted April 14 to overwhelming response.  The six-episode series was filmed in Nashville and features appearances by Yearwood’s family members and close friends. Although fans were delighted to see their favorite vocalist on television, they also want to know about the musical treats Trisha has been cooking up lately. In a recent press tour to promote her new show, Yearwood revealed she is currently recording a new album, which should be released later this year. Trisha also talked about a possible duets album and world tour with her country superstar husband Garth Brooks, which could happen in 2014.

TY at A Glance

Trisha Yearwood made her chart debut in the spring of 1991 with her number one hit “She’s in Love with the Boy,” which was followed up with a string of five number one singles during her 21-years of making music. The triple Grammy-winning singer has managed to build an impressive musical resume as one of country music’s favorite best-selling artists with 10 studio albums, four best-of compilations, and a holiday recording. She has amassed a remarkable 43 singles, 19 Top 10 hits, three number one albums, 10 Top 10 albums, six platinum and 11 gold albums, and sold 13 million records. Although her musical output has slowed down over the last few years, Trisha is currently in the studio recording a new album, which is sure to rack up even more hits for country music’s beloved majestic voiced songstress.