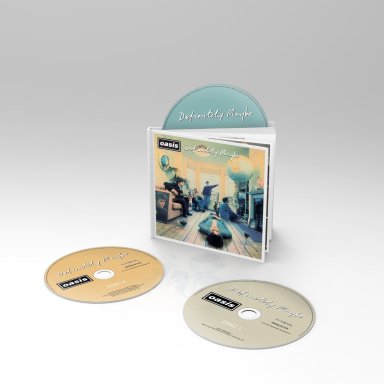 Though it definitely appears as if the Gallagher brothers’ sibling rivalry won’t be making way for an Oasis reunion anytime in the near future, fans of Noel and Liam’s heyday have something to celebrate. To commemorate the 20th anniversary of the band’s debut album, a deluxe remastered version of Definitely Maybe will be released on May 19th.

Throughout 2014, deluxe versions of (What’s the Story) Morning Glory and Be Here Now will follow as well. The recordings are sourced from the original masters, which have been remastered by Ian Cooper at Metropolis. The three albums will be released chronologically with B-sides and rarities from the band’s archives in super deluxe, standard, and triple CD casebook editions. Additional details and items can be found at the newly updated Oasis website.

While fans initially took to Twitter and Facebook to voice their disappointment regarding no official band reunion, maybe these anniversary reissues, which capture the epitome of the band’s creative zenith, will be enough to keep devoted Oasis heads’ dashed hopes alive. Definitely. Maybe.