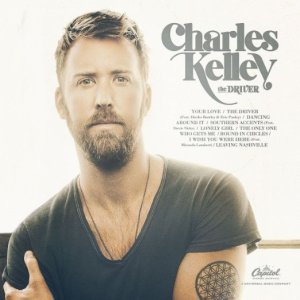 Lady Antebellum star Charles Kelley strikes out on his own with his first solo record, The Driver. At first, you may be wondering why the member of a mega-successful country trio would willingly leave his band mates in the dust to kick up his boot heels, but you won’t have to listen very long to resolve that burning question.

The album’s shining moments include the haunting hit title track co-written with Eric Paslay and the gorgeous mid-tempo ballad “Round in Circles,” which Kelley co-penned with his singer-songwriter brother Josh Kelley. But it’s the surprising realism of the heart wrenching album closer “Leaving Nashville” that will not only give you chills, but will convince you why it was necessary for Kelley to deliver this first-class and important solo bow. The Driver serves as a much-needed reminder that there are still a few artists who firmly grasp the concept of how to make an album with a vital beginning, middle and end.