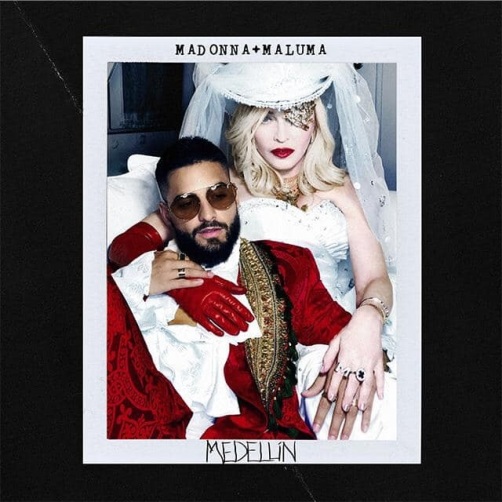 Madonna has just dropped the leadoff single from her forthcoming album, Madame X, her first since 2015’s Rebel Heart. Unfortunately, “Medellín” is not the Queen of Pop’s return to form her diehard fan base has been awaiting. Instead, our first taste of Madonna’s fourteenth studio is a laidback English-Spanish collaboration featuring Colombian singer Maluma.

The Latin pop of “Medellín” is slyly seductive, but sadly comes off sounding like a reductive attempt at trying to recapture Madonna’s previous Spanish-tinged pop hits “La Isla Bonita” and “Who’s That Girl.” Once again, the former leader of musical trends sounds like she’s unsuccessfully chasing relevancy instead of doing what she does best, which is exciting us with her legendary brand of dance-pop classics.

Judging from the Latin-tinged reggaeton of “Medellín,” along with Madge’s solid, but lackluster previous two efforts MDNA and Rebel Heart, I’m left wondering if Madonna is simply unwilling or incapable of producing material as strong as the output of her glory days.

Madame X seems to be an enticing concept for a new Madonna album, but the first offering leaves much to be desired. Ultimately, the excessively auto-tuned “Medellín” isn’t bad, just very disappointing. “Sipping my pain just like champagne…” Could this be “the day the music died” Madonna herself warned us about in her 2000 remake of Don McLean’s “American Pie”?