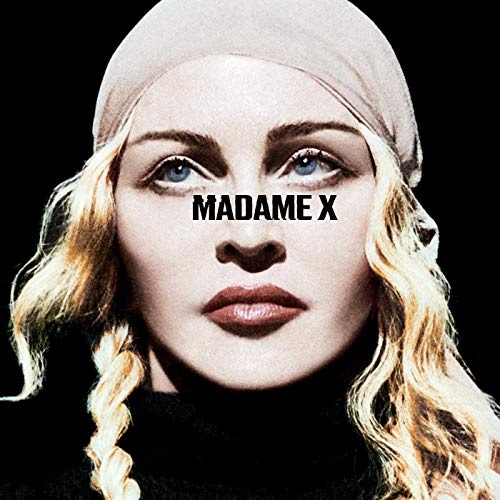 Now that I’ve listened to Madonna’s latest work in its entirety, I will say the best word I can think of to describe my initial reaction is confounded. Upon first listen, the bulk of Madame X strikes me as material left over from Rebel Heart, but the outtakes from those sessions were actually more exciting than most of what Madonna serves up here. Throughout the album’s duration, I sometimes found myself dazzled, yet other times I was fully disheartened. The only things here that come close to being creatively interesting are: “Dark Ballet” (with its quasi-classical break), the choir laden and danceable “God Control” and the self-referential “Extreme Occident.” Unfortunately, the annoyingly repetitious “Crazy” sounds like a bad Taylor Swift song that you hope you never have to listen to again.

The closest things you’ll find resembling “classic” Madonna here are: the danceable “I Don’t Search I Find,” the downbeat balladry of “Looking for Mercy” and the declaration of perseverance testament “I Rise.” These particular highlights sound as if the best parts of Madonna’s talent were determined to escape Jeff Bhasker, Jason Evigan and Mirwais’ heavy-handed production stratagems. [Read full review here]

In celebration of Madonna’s 59th birthday, as well as her provocative Rebel Heart Tour coming to DVD, Blu-ray, CD and digital download in September, I’m reflecting on her fabulous Nashville concert stop back in January 2016. The two-hour-plus show was the first Music City performance of the superstar’s career, which now spans more than three decades. This egregious fact didn’t go unnoticed by the singer as she jokingly professed to be a “Nashville virgin” when she took the stage.

The pop diva’s show was divided into four themes: Samurai, Asian, Latin and Party Celebration. Each segment was individually characterized by distinguishing wardrobe changes, choreography, and song selection. The show’s setlist heavily incorporated material from the singer’s most recent album Rebel Heart, but also contained many fan favorites, some of which she hasn’t performed in years, namely “Dress You Up,” “True Blue,” Deeper and Deeper,” “Who’s That Girl” and an electrified version of her early hit “Burning Up.”

This show marked my fifth Madonna concert overall, since first seeing her live on the acclaimed Who’s That Girl World Tour way back in 1987. I also attended her Drowned World, Re-invention and MDNA World Tours, and each show was an inimitable and exhilarating vision. As every true-blue fan knows, no one else puts on a show quite like Madonna. All five times I was lucky enough to witness Madonna perform live on stage was analogous to sneaking into a master class of the performing arts. [Read Full Review]