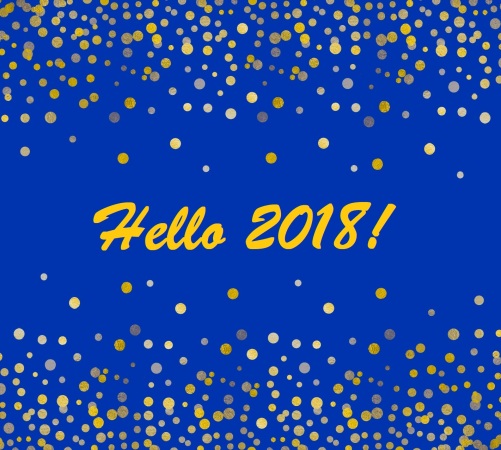 It’s a new year and that means thrilling new musical projects are on the horizon for 2018. The past year gave us quite a few gems including new releases from Tori Amos, Beck, Eminem, The Killers, U2, Guardians of the Galaxy 2’s Awesome Mix Vol. 2 and the first proper solo effort from Liam Gallagher before 2017 ultimately concluding with holiday gifts from Sia, Tom Chaplin and Gwen Stefani.

As we proceed into 2018, we have several exciting items waiting in the wings such as new albums from Florence + the Machine, Father John Misty, Justin Timberlake, MGMT, The 1975 and a new remake of A Star Is Born, containing new music from Lady Gaga. There’s also U2’s highly anticipated Experience + Innocence Tour, so 2018 sounds as if it will be engrossing.

Cheers to a great new year and happy listening to all. 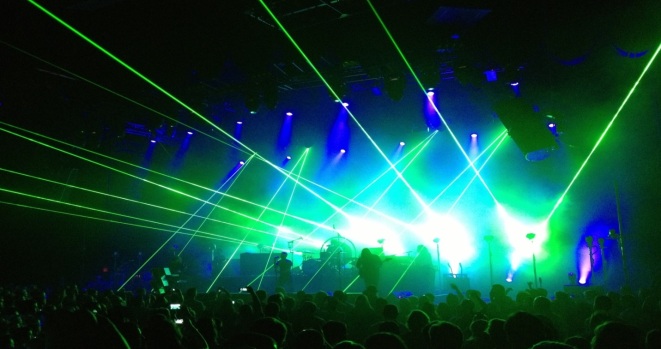 Music City met Sin City when Las Vegas rock band The Killers performed at the Grand Ole Opry House in Nashville Sunday night. Dressed in black and armed with lasers, a projection screen backdrop, and a keyboard bedecked with an illuminated lightning bolt, lead singer Brandon Flowers was on fire as he tirelessly ripped through the dynamic set like a man determined to leave his perpetual mark upon the world famous venue’s stage.

The band members fed off the sold out crowd’s zealous reaction as they delivered a 21-song set list culled from their four album discography, which included “Mr. Brightside,” and “Human,” stacked against newer hits “Here with Me,” and “Runaways.” During the concert’s progression, the evening was filled with sporadic surprises including the Johnny Cash classic “Ring of Fire,” a guest appearance by Brad Paisley, and a cover of “I Think We’re Alone Now,” which was preceded by Flowers’ proclamation, “Tiffany stole this song from Tommy James and the Shondells, but tonight we’re stealing it back.”

Although it may initially sound odd for a Las Vegas rock band fronted by a Latter-day Saint to play a gig at the Grand Ole Opry, that’s precisely what took place on an electrically charged Sunday evening in the inimitably unequalled whangdoodle that is Nashville’s beloved music scene.

By night’s end, Flowers held the engrossed audience in the palm of his hand, as thousands stood on their feet while cheering, clapping, and singing along at the top of their lungs for the duration of the virtually two-hour performance. Despite a dubiously absent rendering of the band’s revered hit “Bones,” no one exited the show with any criticisms. While the Ryman Auditorium may exclusively own the moniker “The Mother Church of Country Music,” The Killers live at the Grand Ole Opry House was nonetheless a religious experience in its own right.