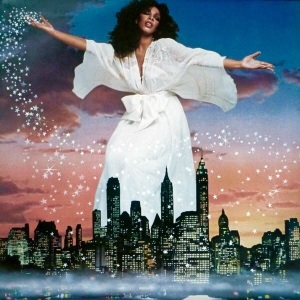 I find it hard to believe the five-year anniversary of Donna Summer’s passing is already upon us. Ever since she shockingly succumbed to cancer in 2012, I’ve honored her memory often by revisiting her incredible body of work. I’ve tried to celebrate her spirit by listening to her music and keeping her memory alive, especially on the anniversary of her death.

There’s no denying the fact that Donna Summer knew how to create a dance record. Her magnificent 17-minute non-stop epic “MacArthur Park Suite” (which took up an entire side of her Live and More double album), weaved Jimmy Webb’s unforgettable melody and poetic lyrics around two of Summer’s best original songs (“One of A Kind” and “Heaven Knows”), creating a magical musical opus which I’ve never managed to grow tired of hearing or erase from my memory since its release in 1978. This was followed by Summer’s next masterpiece, the epochal Bad Girls, which deservedly became the best-selling album of her career. Packed with rock-tinged greatest hits “Hot Stuff” and “Dim All the Lights,” as well as the vivacious title track, this four-sided oeuvre also included gorgeous ballads along with the blistering electronic club hits “Our Love,” “Lucky” and “Sunset People.”

Donna Summer’s voice and music inscribed an indelible mark on me, for which I will be eternally grateful. She may have left us all too soon, but her musical legacy will live on eternally. So, let’s dance in memory of Donna Summer, and always keep her among our most cherished memories. [Read Full Tribute]