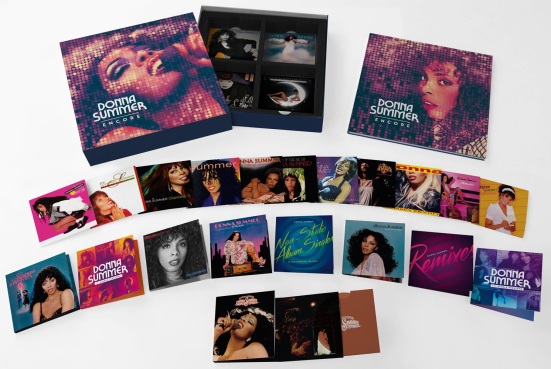 At long last, a complete career-spanning compilation of Donna Summer’s musical legacy has arrived. Donna Summer: Encore is an exquisite and long overdue celebration of the ‘First Lady of Love,’ comprised of 33 CDs, encompassing all of Summer’s albums, from her 1974 debut Lady of The Night, through her final proper offering, 2008’s Crayons.

All 17 albums are here, plus an impressive inclusion of 109 additional bonus tracks. The sound quality of Encore is beyond superb and easily surpasses all previously released versions of the included 329 tracks.

Back in the summer of 1979, Donna Summer reached the peak of her zenith with her double album, Bad Girls. Considered her career milestone, the masterfully crafted double platter dominated radio airwaves, filled night club dance floors and livened up countless living room parties.

Now, Summer’s career-defining masterwork is being celebrated with a special 40th anniversary vinyl edition. This is the first time this best-selling classic has been reissued on vinyl since its original release in 1979. The new reissue was released on July 26th and is available as a double LP gatefold pressed on 180-gram vinyl. This collector’s edition also features the vinyl debut of the demo version of the album’s title track as an exclusive bonus, making this the perfect opportunity the relive the magical vinyl experience of Donna Summer’s Bad Girls all over again. So, dim all the lights and take a musical journey into the center of the heart of one of the most captivating classic dance albums of all time. [Read full article]

I find it hard to believe the five-year anniversary of Donna Summer’s passing is already upon us. Ever since she shockingly succumbed to cancer in 2012, I’ve honored her memory often by revisiting her incredible body of work. I’ve tried to celebrate her spirit by listening to her music and keeping her memory alive, especially on the anniversary of her death.

There’s no denying the fact that Donna Summer knew how to create a dance record. Her magnificent 17-minute non-stop epic “MacArthur Park Suite” (which took up an entire side of her Live and More double album), weaved Jimmy Webb’s unforgettable melody and poetic lyrics around two of Summer’s best original songs (“One of A Kind” and “Heaven Knows”), creating a magical musical opus which I’ve never managed to grow tired of hearing or erase from my memory since its release in 1978. This was followed by Summer’s next masterpiece, the epochal Bad Girls, which deservedly became the best-selling album of her career. Packed with rock-tinged greatest hits “Hot Stuff” and “Dim All the Lights,” as well as the vivacious title track, this four-sided oeuvre also included gorgeous ballads along with the blistering electronic club hits “Our Love,” “Lucky” and “Sunset People.”

Donna Summer’s voice and music inscribed an indelible mark on me, for which I will be eternally grateful. She may have left us all too soon, but her musical legacy will live on eternally. So, let’s dance in memory of Donna Summer, and always keep her among our most cherished memories. [Read Full Tribute]

Whenever you hear the name Donna Summer, the first thing that usually comes to mind is the disco era, but Donna Summer was much more than merely the “Queen of Disco.” Summer managed to amass five Grammy awards, three consecutive number one double-albums, and sell over 130 million records during her 44-year career, making her one of the world’s best-selling artists of all time. Those diligent enough to look past her classic hits such as “I Feel Love,” “Last Dance” “Love To Love You Baby” and “Bad Girls,” will quickly discover Summer’s vastly underrated versatility evidenced by her thirst to explore well beyond her dance oriented wheelhouse and successfully conquer R&B, soul, rock, pop, country, and gospel.

With the new posthumous release of Donna: The CD Collection, which focuses on her post-disco years, longtime aficionados can excitedly revel in the joyous rediscovery of Summer’s less famous, but noteworthy and highly diversified musical offerings. This limited edition 10-disc box set features Summer’s Geffen and Atlantic Records output from 1980 to 1991. Donna: The CD Collection includes remastered, deluxe casebook editions of the previously out-of-print albums: The Wanderer, I’m a Rainbow, Donna Summer, Cats Without Claws, All Systems Go, Another Place and Time, and Mistaken Identity, complete with b-sides, twelve-inch remixes, single edits, instrumentals, and dub versions, plus an exclusive set of six postcards featuring photographs from Donna Summer’s personal archives, all of which are housed within a uniquely designed box.

Also included is a comprehensive booklet with in-depth album credits, song lyrics, and newly authored liner notes by noted US writers Justin Kantor and Christian John Wikane, as well as excerpts from new interviews by Bruce Sudano, Brenda Russell, Harold Faltermeyer, James Ingram, Joe “Bean” Esposito, and Kim Carnes, among others. This lavish and highly sought after collection is sure to be snatched up hurriedly and treasured by all who actively seek to keep the unforgettable and ground-breaking dance diva’s legacy alive and well for years to come. 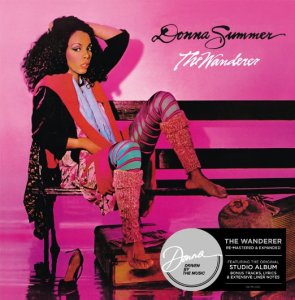 I’m A Rainbow – Summer’s aborted double-album and last with her longtime collaborators Moroder/Bellotte (notoriously shelved by David Geffen in 1981), is presented here in its originally intended 2-disc configuration and features fan favorites “Highway Runner,” “Romeo,” “Don’t Cry For Me Argentina,” “To Turn the Stone,” as well as the moving title track.

Donna Summer  – The Quincy Jones produced album includes the hit singles “Love Is In Control (Finger on the Trigger),” Summer’s cover of Vangelis’ “State of Independence,” and “The Woman in Me.” Also features a rocking’ version of Bruce Springsteen’s “Protection,” written specifically for Summer by “The Boss” himself and the rare b-side “Sometimes Like Butterflies.” Now includes dance versions and single edits. 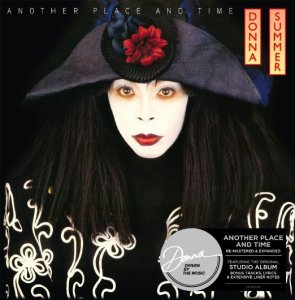 Another Place and Time – This Stock/Aitken/Waterman produced set from 1989 was Summer’s Atlantic Records debut (newly expanded to three discs with numerous remixes and single versions), and contains the Top Ten hit ” This Time I Know It’s for Real,” plus the singles “I Don’t Wanna Get Hurt,” “Love’s About to Change My Heart,” ” When Love Takes Over You,” and ” Breakaway.”