Kylie Minogue delivers a much-needed shimmering light of hope on the Aussie Queen of Pop’s 15th studio album, DISCO. During the early part of 2020, Minogue learned to record and engineer her own vocals as the COVID-19 outbreak began. The majority of DISCO was created while using her own home studio amid the pandemic’s lockdown, which served as the primary source of inspiration for the album’s theme of escapism and isolation. Minogue co-wrote all 16 of the deluxe album’s tracks, with the bulk of production duties helmed by Sky Adams (Doja Cat, Zak Abel) and Teemu Brunila (The Crash, Trey Songz).

“We’re a million miles apart in a thousand ways” laments Minogue on album leadoff single “Say Something,” which presently sums up the current mood and feelings of thousands of people around the world, while establishing the tone. With DISCO, Kylie is attempting to lift spirits as a counterbalance to enduring the lost freedoms of normal life during what can only be described as a wasted year.

Although DISCO leans more towards Madonna than Donna Summer, Minogue has crafted the perfect throwback soundtrack to dance away your pandemic blues, by sonically creating a virtual dance floor to cure your lockdown woes. With plenty of melodic nods to the 1970’s grooviest of grooves, DISCO more than lives up to the promise of its title. It literally sounds like a 1970s disco record made in 2020.

“Dancing together, ain’t nothing that could be better/Tomorrow don’t matter, gonna make the night last forever,” decrees Minogue on the feel-good album opener, “Magic.”

Upon its release, DISCO not only landed atop U.S. iTunes’ sales chart, but also debuted at number 2 on the Billboard Top Albums Sales chart, hit number one on the Official Albums Chart in the U.K. and debuted at number one in Australia, becoming Minogue’s 7th chart topping album on the ARIA Charts. It seems DISCO has been shown global love during one of the planet’s most difficult years.

With DISCO, Minogue deserves to be applauded for proudly choosing to keep her post-disco queen crown firmly intact, instead of losing her identity while fruitlessly chasing current trends and charts. DISCO is triumphant return to form, which we need now more than ever.

So, kudos to Kylie Minogue for making DISCO everything I’d hoped it would be and more. Simply put, I love it (pun intended)!

“Dance through the darkness, together eternally.”

In Stereo is a musical triumph, brimming with catchy melodies, hypnotic hooks, luscious harmonies and dance music with pulsating beats that actually make you want to get up and dance. The sultry sexiness of lead single “Dance Music,” along with its infectiously irresistible follow up “Stuff Like That” were both excellent teasers of what In Stereo promised all of us eagerly awaiting new material from Bananarama. Luckily, that promise is more than fulfilled here, making the agonizing decade of anticipation well worth the wait.

While there are plenty of club bangers to satisfy your feet, In Stereo also includes some delicious ear candy; like the Blondie-esque “Looking for Someone,” the beautifully moving “On Your Own” and the breezy “Got to Get Away,” the latter of which sounds like classic pre-Stock/Aitken/Waterman Bananarama with a deftly modernized zest.

Perhaps the best thing about In Stereo is that it doesn’t overreach by trying to be anything trendy or cutting edge (if such a thing still exists nowadays), it’s simply Bananarama doing what Bananarama does best; crafting infectious earworms combined with an effervescent spirit of fun. Thankfully, Keren and Sara are still savvy enough to give us fans exactly what we want. Are you paying attention Kylie Minogue and Madonna? [Read full review here] 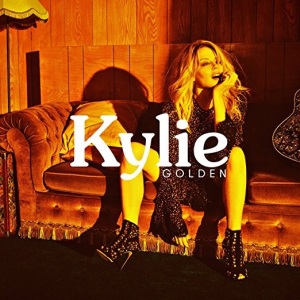 Did you think Dolly Parton would be the last artist to attempt country disco? Well, think again. Dance-pop diva from down under, Kylie Minogue, returns with her first full-length of all new material since 2014’s R&B leaning Kiss Me Once.

The Aussie chanteuse channels her inner “Cotton-Eyed Joe” on her fourteenth studio album, Golden, but it unfortunately ends up sounding like nothing more than a reductive attempt to create her own version of Lady Gaga’s Joanne. While undeniably endearing and tenacious, Kylie Minogue has always followed trends rather than create them, which has ultimately pigeon-holed the artist as a second-rate Madonna.

On Golden, Minogue dives headfirst into new musical terrain inspired by her recent visit to Nashville. A large part of Golden was recorded during Minogue’s Nashville romp last year and it’s the first time since her endearing 1997 release, Impossible Princess, that the popstress has co-written every one of the album’s tracks. Awkwardly, her stay in Music City seems to have derailed Minogue’s ambitions, resulting in what can only be tactfully described as a major musical misstep. Perhaps Kylie lost focus while imbibing in too much line dancing and honky tonkin’? [Read Full Review Here]

NME’s most coveted accolade was presented to the award show headliners by Kylie Minogue Wednesday night at London’s O2 Brixton Academy. Coldplay delighted attendees of annual award ceremony with a mini-concert performance which included LED wristbands, a great deal of confetti, and an unexpected table-top performance by Bring Me the Horizon’s Oli Sykes.

Fresh off of performing a triumphant Super Bowl halftime show, the chart-topping band will kick off its 2016 global A Head Full of Dreams Tour in March. The 2016 global trek will mark Coldplay’s first stadium tour of North America since 2012.

Kylie Minogue: Kylie Christmas – After previously teasing us with a few holiday treats in the past, Australian singer, songwriter, and actress Kylie Minogue finally delivers her delightfully eclectic full-length Christmas album. The internationally celebrated pop star’s long-awaited release fulfills its yuletide promise with playful classics and delightfully charming originals. Highlights include the Chris Martin-penned “Every Day’s Like Christmas,” a posthumous duet with Frank Sinatra, a celebratory cover of The Waitresses’ “Christmas Wrapping” (featuring Iggy Pop), as well as a surprisingly gorgeous duet version of Yazoo/Yaz’s “Only You” with James Corden.

The Brian Setzer Orchestra: Rockin’ Rudolph – Brian Setzer and company return with another snazzy jazzy Christmas offering. This latest holiday set (the band’s first in over a decade) once again finds the former Stray Cats vocalist and guitarist in full tilt yuletide mode. Rockin’ Rudolph‘s sprightly big-band bombast and holiday cheer is guaranteed to have your friends rockin’ around the Christmas tree. Noteworthy moments include “Rockabilly Rudolph” alongside the cleverly arranged “Yabba-Dabba Yuletide,” which puts a refreshingly festive holiday twist on the classic Flintstones theme. The BSO’s latest is a welcome addition to the band’s seasonal canon and is surely destined to be a full-fledged swingin’ hit at any Christmas gathering. 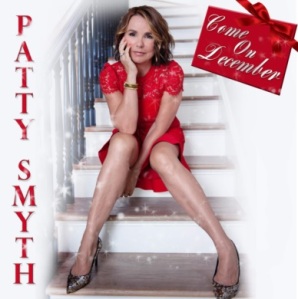 Patty Smyth: Come on December – Former lead singer of rock group Scandal (and wife to tennis legend John McEnroe) returns to music after a lengthy 16-year absence with eight tasty seasonal melodic morsels. The songstress, best known for 80s hits “The Warrior” and “Goodbye to You,” gifts us with five traditional favorites alongside three originals, all of which are nicely nestled within a warm acoustic timbre. This short but sweet set is the perfect holiday soundtrack companion for Christmas tree gazing and fireplace cuddling. Completists will also want to seek out Smyth’s delicate but dazzling version of “Silent Night,” which is still available as a digital download at PattySmythAndScandal.com.